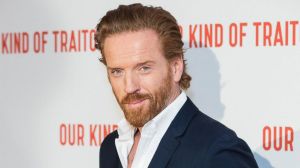 The one and only Monica Bellucci

One of my career goals and dreams as an actor is to work on a project shooting in Europe, Africa, Latin America or Asia…Or all the above!

With the incredible amount of content being produced all over the world for streaming platforms, I’m curious to learn how these productions usually audition and hire American actors.  Are there projects in Europe for example, in which the need for a specific American accents (such as New York or a Texas accent) are needed for the authenticity of a certain role?

If you’re you are an American who has had the opportunity tp work overseas tell me about it…I’d love to hear your story.

As the entertainment industry continues to evolve more and more into a global community it only seems to make sense that American actors should want to market themselves to projects outside the US with the same commitment and passion that actors hailing from around the world bring to US-based productions.

Andrew Oliveri is an actor, writer and producer based in Los Angeles.  His work as an actor includes television, film and theater.  He trains at Stuart Rogers Studios in North Hollywood.